100 Years After Women Got The Vote, We Still Lag Behind

Much to celebrate. Much to do. 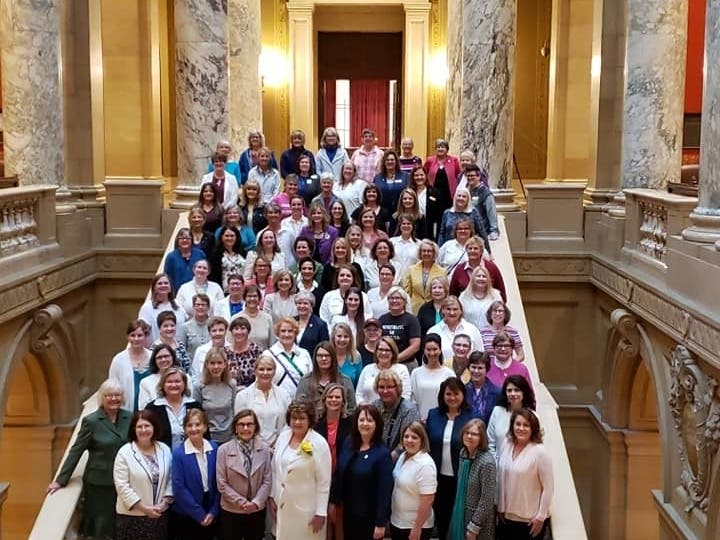 The sky was a smear of grey, colorful umbrellas dotted the steps as hundreds of people made their way into the Minnesota State Capital. I was among the crowd, making my way out of the drizzle, my teenaged daughter alongside me.

We were there to celebrate the 100th Anniversary of the 19th Amendment to the United States Constitution, guaranteeing American women the right to vote. Past and present women elected officials from all levels of government were gathered to commemorate the day with a group photo.

Many prominent speakers shared their bit of the past, bringing us back to a time when women had no voice in shaping our legislation. They worked tirelessly against the grain for themselves and for their daughters, paving the way so that I and every other female elected official had a place to stand in history.

But there is more work to be done.

Women were first elected to the Minnesota Legislature in 1922. It wasn’t until 1977 that women started to gain some momentum and has been steadily growing in representation—but not fast enough. In 2019 there are 48 women in the Minnesota House (35%) and 16 in the Senate (24%). *

Women Mayors in US cities with populations over 30,000 are at just 20%, with only 11 Mayors in the state of Minnesota being women.**

Statistically, women are asked 7-10 times to run for office before they say yes. This is true in my case as well. I had been asked multiple times over the years and had always said no.

Even when I was leaning to run for County Commissioner, I spent a lot of time meeting with other women in politics, asking questions before I committed. My worries: Could I do a good job? With no political background, was I qualified? These are typical concerns for women that can become self-induced barriers. Throw in the cultural expectations of family and work, and it can feel like an impossible feat better left to someone else. Maybe someone “more qualified”.

I challenge us to examine what are good skills to hold office. Unfortunately, I think politics has shifted into a career-profession mindset rather than a public servant role. If we lead more with the public servant mentality, we might find more women inspired to run for office.

Why? Because women are already doing the work in public service. My years in community work of many types showed me that women are often the drivers in humanitarian and policy efforts. I’ve worked on countless projects to bring awareness, collaboration and funding to make change in our own backyard—and usually the teams are predominantly women.

Women have led—and continue to lead— the way in improvements to education, civic engagement and economic disparities. We may call it something else: PTA, Women of Today, and Philanthropy, but I assure you: this is the work we do, and it matters.

If we made this shift in thinking—just imagine what the next 100 years might look like for women in politics. 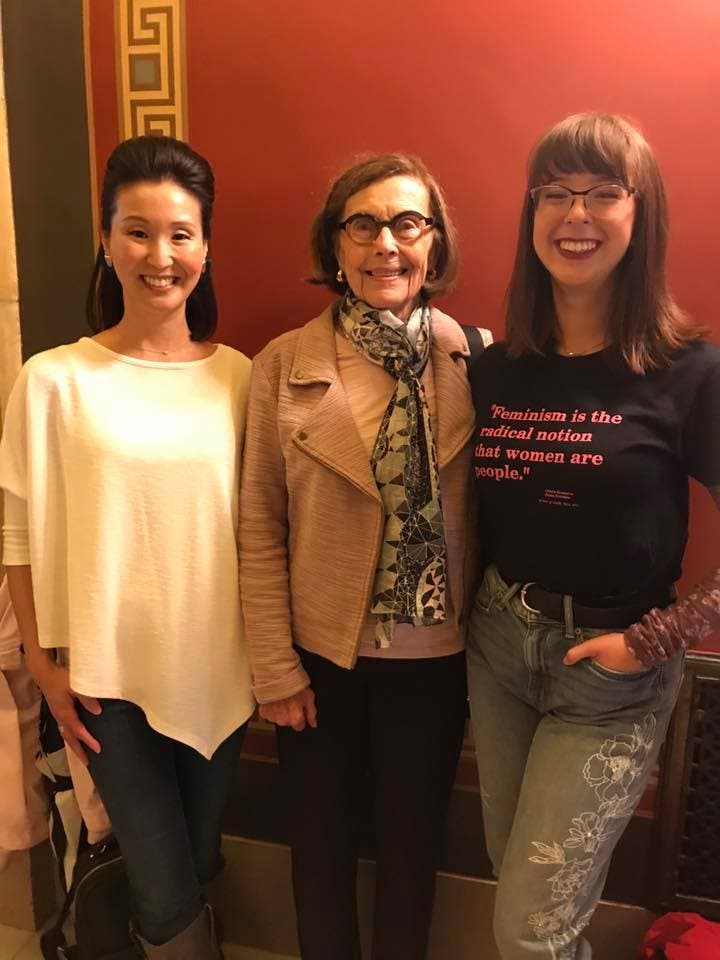 My daughter and me with Joan Growe (middle). Joan Growe was the first woman Minnesota Secretary of State. She served from 1975-1999.