What Being An Elected Official Taught Me About The Holidays

Being a County Commissioner gives me many privileges. Being a witness to this work was perhaps the greatest privilege I’ve had so far. 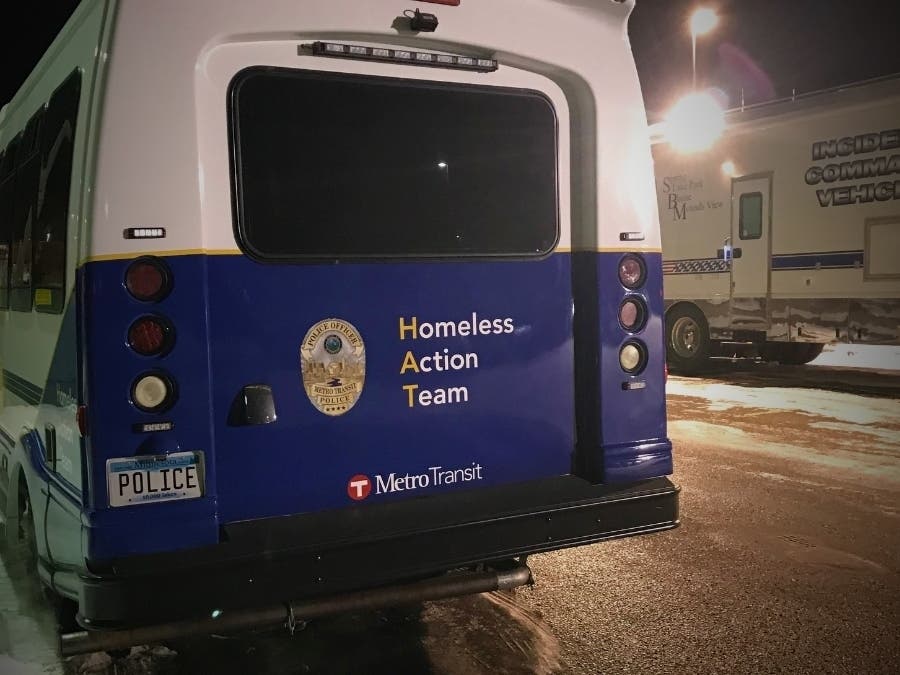 Metro Transit was one of many community partners who was part of the Homeless Outreach Event.

In many ways, this Holiday season has been like many others. I scrambled to get my household in order: gifts for the family, menus selected, Holiday concerts and parties. The hustle and bustle were a familiar mix of traditions, stressful expectations and simple pleasures.

In other ways, this Holiday season was like no other. One of the areas that are important to me as a County Commissioner are constituent issues. This is simply a politician’s way of saying community service and this more than anything else is what drives my work. And I hear from community a lot. Sometimes in an email or phone message. Sometimes at a school event. Sometimes at the grocery store.

The problems I hear about vary from potholes to taxes, criminal behavior to very sick children. But the heart of them is all the same: someone is asking for help. And I am tasked to give it. Mostly, I feel good to be in a position where I can listen and assist. At times, I feel weighed down knowing my limitations and haunted by the misfortune of others.

Sometimes the issues aren’t led by a single person but a collective need. 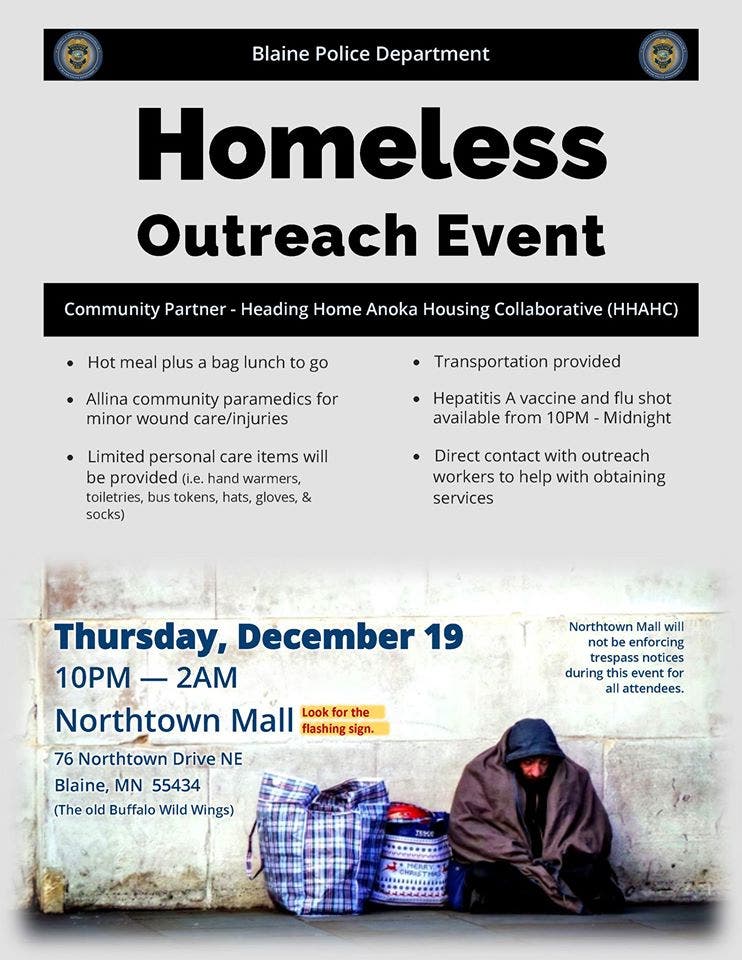 And so, I found myself on the outskirts of my district on December 19th helping with the second Homeless Outreach Event at Northtown Mall. This initiative was led by the Blaine Police Department after identifying the Northtown Mall bus station as a heavily used area for our homeless community. Others came to support: Heading Home Anoka Housing Collaborative, Stepping Stone Emergency Housing, Alexandra House, Nucleolus Clinic, Metro Transit and Allina Community Paramedics. Our county public health nurses administered flu and Hepatitis A vaccines as well.

We set up camp in an abandoned restaurant for the night—a flashing sign blazed in the dark welcoming everyone. Several teams of people went out in Metro Transit vans and police cars to bring people off the streets for a hot meal and services. I had never worked directly with our homeless community before and I wasn’t sure what to expect. I prepared myself for a bleak experience.

Since I am not a licensed social worker or trained medical professional, my job for the night was to listen and direct people to our medical stations. My unease quickly vanished as our guests started to arrive. I imagined our homeless would look a “certain way”. They did not. I could not tell them apart from many of our workers; everyone came in bundled up, the winter air trailing behind them.

The night brought in many, but a few stick in my mind. Alice* had a voice full of girlish energy and an openness about her that shone on her face. She spoke kindly to everyone and made friends easily.

Richard*gruff in appearance but gentle in demeanor, needed his feet looked at. I didn’t understand what the Allina “wound station” was for, but quickly learned it is common for feet and hands to be damaged or infected in our homeless community. When Richard took off his shoes to reveal his sock-less feet, I was stunned by their horrific condition. I sat next to him chatting, patting his arm occasionally while his feet were being attended to, then tried to find him shoes that weren’t too small for him.

David* came in for a hot meal and needed help getting his car out of impound. Penny*, a young woman with dark wavy hair spilling out of her hat, spoke with a few service providers, then got a ride home from an officer to a friend’s house for the night** and left feeling hopeful.

I saw humanity at its best and felt humility for my trivial Holiday woes. I took one shift. Here I saw a slice of the lives of a growing population—our homeless—for a blink of an eye, serving alongside people who don’t work in shifts, but rather dedicate every day to help people where they’re at. This experience was not bleak. It was full.

As a County Commissioner, I was able to see the care that our community organizations and staff give to so many. What Alice, Richard, David and Penny showed me—just days before Christmas—is that gifts and things are not what brings us joy during the Holidays. It’s connecting with others that does.

Wishing you all a safe place to call home.